JANUARY 2022 UPDATE: Unity Eastern Region's NUMBER ONE priority is the safety and health of all. >>> Read All

As many make the choice and are able to get vaccinated and receive their boosters, the Unity Eastern Region board continues to take into account the concerns relative to COVID-19. Guidelines continue to be revised and evaluated, but our priority and commitment remains the same – the safety and health of all! Due to our geographic area, 13 states and the District of Columbia, guidelines vary state by state; we will continue to monitor the situation closely and comply with all state and national guidelines.

Just as we did in 2020 and 2021, the Eastern Region continues to offer the services and events that we can in a safe manner, supporting our ministers and ministries. We are excited that our online offerings have been welcomed and well attended! We will continue to offer meaningful online events for all in our region and beyond.

Taking all of these factors into consideration, we are planning to offer some events in person during Spring 2022, specifically for our youth. No final decision on our 2022 Fall Conference has been reached at this time. We are committed to re-assess based on our priority of health and safety as we receive new data and make decisions accordingly. As we continue to re-evaluate our ability to sponsor in-person events throughout this year, we will communicate information and decisions effectively to all.

Please join us in affirming our ability to continue deepening our connections online, in-person, and via hybrid for our events. Our intention is to have the 2022 Eastern Region Fall Conference be the best one yet!

All Conference Activities to Be Held Online via Zoom. Learn How Our Virtual Conference Works.

As we close out the conference, let’s deepen our connections with heart conversations and a cup of coffee or your favorite beverage.

*Giveaways to be included during session! Must be present to win.*

This dynamic, energizing, and enriching wrap up to the conference will highlight takeaways from the conference. Following some inspirational deep-dive comments from the presenters, they will lead the group in Beach Ball Nirvana! This is a highly interactive event that uses beach balls covered with questions which will draw out the best takeaways from the conference, allow people to share together in smaller groups as well as in the whole group. As we wrap up the conference through this bringing together of the best of the best takeaways, we will close with the SHORE acronym to give folks a way to put everything they have learned to use, to create an EXTRAORDINARY life!

As a result of this closing session, participants will: 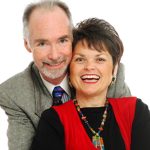 Combine a flair for the dramatic, a deep understanding of metaphysics, a commitment to a “bumped up theology,” an ability to think outside the box, and a knack for bringing scientific research and spiritual practices to life in practical ways—and you have defined the dynamic duo of Revs. Drs. Bil & Cher Holton. They currently lead a global on-line Unity-approved, Events-driven Alternative Ministry dedicated to helping people master the art of living as they walk the spiritual path on practical, positive, prosperous feet. 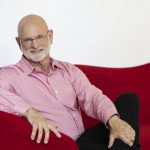 Rev. Dr. Paul Hasselbeck is one of Unity’s leading Metaphysics authorities and has had a major role in bringing Unity’s Metaphysics into the 21st century.  With a genuine passion for clarity, precision and making Unity teachings understandable. Paul guides people to awaken awareness and deepen their understanding. He is well versed in the published and unpublished writings of Myrtle and Charles Fillmore. Paul teaches and speaks around the United States as well as internationally. He has served as an adjunct faculty member for Unity Worldwide Spiritual Institute; teaches for Unity School of Christianity of Great Britain, New Zealand and Australia and was a full time faculty member for Unity Institute; Dean of the Spiritual Education and Enrichment program for Unity Institute; retreat minister for Unity Village and Minister of Pastoral Care and Prayer for Unity Church of Overland Park, Kansas. Paul has a website: paulhasselbeck.com, a podcast found at metaphyscalromp2.com or on popular podcast sites and has written or co-written 9 books. His most recent book is Use the Truth You Know, Unity’s Principles and Premises.

Singer-songwriter and producer Daniel Nahmod (pronounced Nay-mod) is one of the most beloved and successful independent singer-songwriters in the United States today. He has sold over 110,000 CDs on his own Humanity Music label, and his music has been licensed by American Idol, The Voice, The Super Bowl, Saturday Night Live, The Today Show, and hundreds of cable programs on over 25 networks. Daniel’s charismatic and humorous stage presence, stunning 3-octave vocal range, exceptional musicianship on piano and guitar, and award-winning catalog of powerful and diverse pop-rock, folk and inspirational songs have brought acclaim at performances for over two million people in 45 U.S. states and Canada. Most recently, he was a keynote performer at the 2018 Parliament of World Religions in Toronto, Canada, for 10,000 activists and leaders from around the world.