JANUARY 2022 UPDATE: Unity Eastern Region's NUMBER ONE priority is the safety and health of all. >>> Read All

As many make the choice and are able to get vaccinated and receive their boosters, the Unity Eastern Region board continues to take into account the concerns relative to COVID-19. Guidelines continue to be revised and evaluated, but our priority and commitment remains the same – the safety and health of all! Due to our geographic area, 13 states and the District of Columbia, guidelines vary state by state; we will continue to monitor the situation closely and comply with all state and national guidelines.

Just as we did in 2020 and 2021, the Eastern Region continues to offer the services and events that we can in a safe manner, supporting our ministers and ministries. We are excited that our online offerings have been welcomed and well attended! We will continue to offer meaningful online events for all in our region and beyond.

Taking all of these factors into consideration, we are planning to offer some events in person during Spring 2022, specifically for our youth. No final decision on our 2022 Fall Conference has been reached at this time. We are committed to re-assess based on our priority of health and safety as we receive new data and make decisions accordingly. As we continue to re-evaluate our ability to sponsor in-person events throughout this year, we will communicate information and decisions effectively to all.

Please join us in affirming our ability to continue deepening our connections online, in-person, and via hybrid for our events. Our intention is to have the 2022 Eastern Region Fall Conference be the best one yet!

Music Minister MEGON MCDONOUGH was born in Crystal Lake, Ill., to an Irish-Catholic family with nine theatrically-inspired children, and was inspired to play the guitar and sing after watching the Beatles on Ed Sullivan. She wrote her first song at age 11. By the age of 17, she was opening for John Denver, Steve Martin and Harry Chapin. She has performed on stages as diverse as Carnegie Hall and the Cellar Door.

Megon is best known for her work as an inaugural member of the folk group The Four Bitchin’ Babes, which allowed her wit and folk sensibilities to comment on the ups and downs of everyday life. To date, Megon has 13 solo albums to her credit, and is best known for her song “Amazing Things.” Megon classifies her music as folk/cabaret, citing her love of theater and jazz as the reason for the mix. In addition to her singing career, Megon has also had an acclaimed acting career. She received rave reviews for playing Patsy Cline in “Always Patsy Cline,” has appeared in Pump Boys and Dinettes and was recently seen in “Forever Prine” at the Viaduct Theater in Chicago. Megon lives in Wilmette, IL, and currently serves as the Director of Music for the Unity Northwest Church in Des Plaines, IL. She has participated in Posipalooza events and collaborates with the likes of Daniel Nahmod, Jana Stanfield and others in the New Thought music movement. 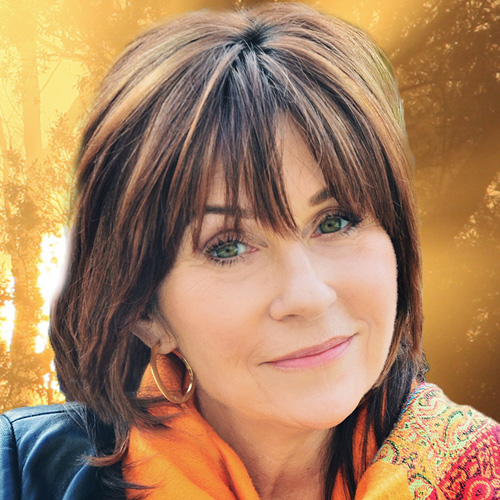